Numen (Head of a man)

3D
Scan The World
1,492 views 102 downloads
Community Prints Add your picture
Be the first to share a picture of this printed object
0 comments

Numen (Head of a man)

This is one of Thomas J Price’s (Hales London New York) head-portrait sculptures of men of African origin. The sculpture symbolizes Numen.

Numen, pl. numina, is a Latin term for "divinity", or a "divine presence", "divine will." The Latin authors defined it as follows. Cicero writes of a "divine mind", a god "whose numen everything obeys," and a "divine power" (vim divinam) "which pervades the lives of men." It causes the motions and cries of birds during augury.In Virgil's recounting of the blinding of the one-eyed giant, Polyphemus, from the Odyssey, in his Aeneid, he has Odysseus and his men first "ask for the assistance of the great numina" (Magna precati numina). Reviewing public opinion of Augustus on the day of his funeral, the historian Tacitus reports that some thought "no honour was left to the gods" when he "established the cult of himself" (se ... coli vellet) "with temples and the effigies of numina" (effigie numinum). Pliny the younger in a letter to Paternus raves about the "power," the "dignity," and "the majesty;" in short, the "numen of history."Lucretius uses the expression numen mentis, or "bidding of the mind," where "bidding" is numen, not, however, the divine numen, unless the mind is to be considered divine, but as simply human will. 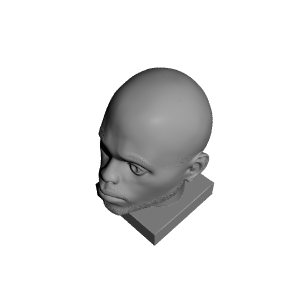