3D
Support Free Scan The World
5,112 views 177 downloads
1 collection
Community Prints Add your picture
Be the first to share a picture of this printed object
0 comments

This one-person air raid shelter was used at Hainault Railway Depot during the Second World War. Made to a standard Home Office design, these tiny shelters were installed at Underground stations throughout London to enable key staff to remain on duty during air raids. Built as part of the Central line extensions that were planned before the war, Hainault station was used as a U.S. Army depot. It was eventually used for trains in 1948. It is on display at the Imperial War Museum in London. 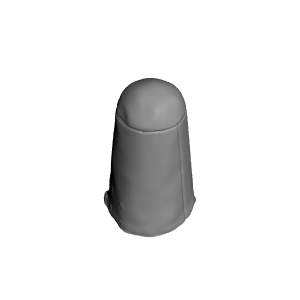