Pandora at the Middelheim Museum in Antwerp, Belgium

3D
Scan The World
2,128 views 57 downloads
Community Prints Add your picture
Be the first to share a picture of this printed object
0 comments

Pandora at the Middelheim Museum in Antwerp, Belgium

Edwin Scharff (March 21, 1887 – May 18, 1955) was a German sculptor. He was born in Neu-Ulm and died in Hamburg. Scharff attended the Kunstgewerbeschule (1902–3) in Munich and studied painting at the Akademie der Bildenden Künste from 1904 to 1907. He lived in Paris between 1912 and 1913, where he was influenced by the work of Aristide Maillol and Auguste Rodin. After serving in the German army during World War One, where he was badly wounded, he became a professor of sculpture at the Vereinigte Staatsschulen für Freie und Angewandte Kunst, Berlin (1923). He was removed by the Nazis in 1933, after which he found a position at the Kunstakademie in Düsseldorf (1934–1937).

In 1928 he won a bronze medal in the art competitions of the Olympic Games for his "Médaille pour les Jeux Olympiques" ("Olympic medals"). For the Reich's Exhibition of 1937 inDüsseldorf he produced two large equestrian statues for the fair's portals, which resulted in Scharff being classified as a degenerate artist. He continued to work in secret during World War Two, and after the war he became a professor at the Landeskunstschule in Hamburg. 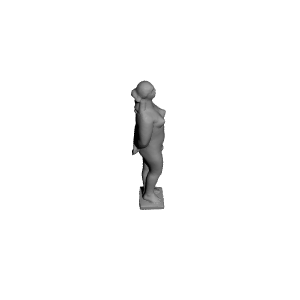 ×
0 collections where you can find Pandora at the Middelheim Museum in Antwerp, Belgium by Scan The World