3D
Scan The World
1,909 views 101 downloads
Community Prints Add your picture
Be the first to share a picture of this printed object
0 comments

This block shows the remains of a chariot, a charioteer, foot-soldier and a marshal. A team of horses pull a chariot-carriage. The horses are being reined back and we feel the concentration of energy in the complex gathering of the horses’ rear legs. The soldier drops one leg to the earth and prepares to slip from the carriage. His upper body and the greater part of the charioteer, who stands behind him, are lost. The two hands of the charioteer that held the reins are preserved, as is a small part of the right upper arm. A marshal stands on the far side of the chariot; most of his head is lost. 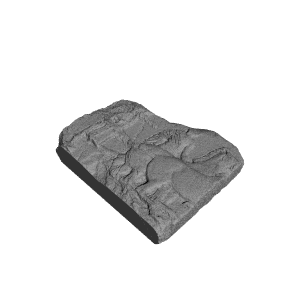