3D
Scan The World
2,661 views 107 downloads
1 collection
Community Prints Add your picture
Be the first to share a picture of this printed object
0 comments

This marble relief (Block XXXVIII) from the North frieze of the Parthenon shows parts of three riders. One is seen in a belted tunic and boots. He shows his back with both his arms flexed to hold his reins. Next is a naked rider with a chlamys behind his back. The horsemen of the cavalcade of the North frieze are composed of a series of phalanxes overlapping one on another in an irregular division, in contrast with the South frieze. There is a great variation in composition and in dress. Some are heavily draped in mantle and tunic, while others are all but naked. Some ride bareheaded, while others wear a distinctive form of cap. Metal reins, which are now lost, were inserted in drill-holes. 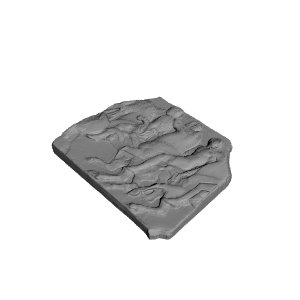