3D
Scan The World
3,043 views 101 downloads
1 collection
Community Prints Add your picture
Be the first to share a picture of this printed object
0 comments

This block represents two horsemen and parts of a third horse, wearing a tunic with chlamys. The riders are bare foot. The hanging left foot of the foremost rider is delicately turned to reveal the sole, instep and division of the toes. One horseman’s chlamys has blown back from the body to reveal a naked, muscular torso. The flickering manes of the horses are highly distinctive. The tail of a fourth horse flows in from the right. Metal reins, which are now lost, were inserted in drill-holes. For more information on the composition of riders see South frieze Block I. The horsemen of the South frieze are less well preserved than those of the North, and the composition is less varied. The explosion of the Parthenon in 1687 damaged the South frieze the most. 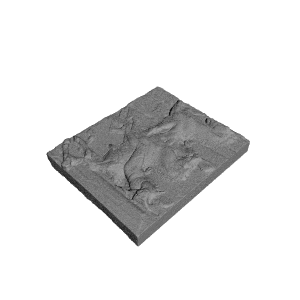 ×
1 collections where you can find Parthenon Frieze _ South III, 8-9 by Scan The World