3D
Scan The World
2,579 views 115 downloads
Community Prints Add your picture
Be the first to share a picture of this printed object
0 comments

These riders form a clear rank of six overlapping one on another. They are uniformly dressed in body armour (cuirass) over a short tunic, with cloak and riding boots. Block X represents three horsemen, dressed in body armour worn over a short tunic with a cloak and animal skin boots with a top flap. The armour is made out of two parts hinged at the sides, beaten to the shape of a male torso. The three riders of this block and the three of the next are dressed identically and form a uniform group of six. Metal reins, which are now lost, were inserted in drill-holes. 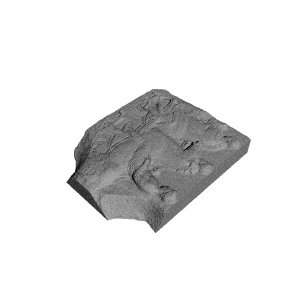 ×
0 collections where you can find Parthenon Frieze _ South X, 26-28 by Scan The World