3D
Scan The World
1,988 views 50 downloads
1 collection
Community Prints Add your picture
Be the first to share a picture of this printed object
0 comments

This block shows parts of three horsemen, wearing armour. Their dress (poorly preserved in this block) forms a uniform group with the block immediately ahead, Block XIII. The best preserved horseman can be seen to have a shoulder strap and flaps hanging at the waist (teryges) and he wears a cap. Metal reins, which are now lost, were inserted in drill-holes. 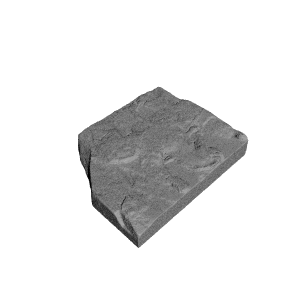 ×
1 collections where you can find Parthenon Frieze _ South XII, 32-34 by Scan The World