3D
Scan The World
2,284 views 132 downloads
1 collection
Community Prints Add your picture
Be the first to share a picture of this printed object
0 comments

Here two horsemen are shown reining back their horses. The leading horseman turns round to look back at his companion, while raising his left hand to his head. He wears a cloak that is pulled close against his neck, while billowing out to the side. Holes in his hair probably once served for the insertion of a metal wreath. The other horseman wears a chlamys. The horses are pierced with drill-holes where metal reins were inserted. The second horse overlaps the first only slightly. The first rider with his right hand he holds the reins and he turns back so that his body is almost frontal and his head turned even more toward the figure behind him (3). His left arm is raised in a gesture not entirely clear, perhaps to adjust the stephane on his head, perhaps to give a signal to the next horseman. The youth (133) on block N-XLVII makes a similar gesture. Horseman (3) wears a modelled cuirass over a short chiton, just as do figures (7) and (18), and he is shod in boots. 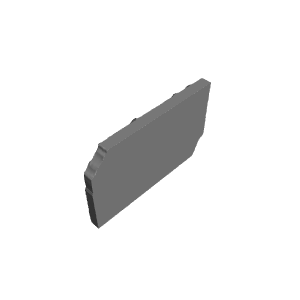 ×
1 collections where you can find Parthenon Frieze _ West II, 2-3 by Scan The World