The penguin statue originally donated by Louis Odette, the philanthropist and former LSE student, with other animal statues, stands on the pavement in Portugal Street, in the heart of the School's campus just off the Aldwych, and the students have embraced it as their unofficial mascot for years now.

The statue was stolen in 2009, leading to gifts of flowers, poems, tins of sardines and Penguin biscuits at the site, presumably to encourage the Penguin to return, and an inevitable Facebook campaign to find the missing sculpture. Eventually, the decision was taken to replace the penguin with a heavier, less steal-able model, which was installed in November 2009, and remains to this day 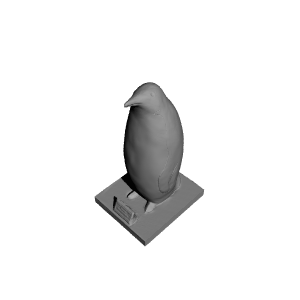