This is a limestone ancient relief of a phallus in the middle of a temple-like relief. The relief is a part of a famous exhibition in Gabinetto Segreto. 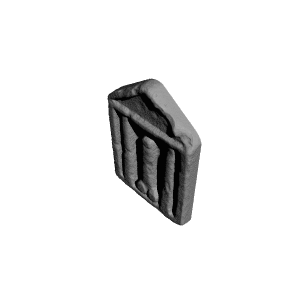 ×
0 collections where you can find Phallus in a temple relief (Fallo di tufo) by Scan The World
×
Rozwellia Cartereii
@rozwelliacartereii
2
Printed on: Wanhao Duplicator i3 Mini
Material: PLA
Posted at: 17th October 2021

Sanded a bit to remove some imperfections, painted with acrylic. I used 10% supports and ticked support only where needed. This is only my second or third print, really pleased how it came out.