3D
Scan The World
2,248 views 73 downloads
Community Prints Add your picture
Be the first to share a picture of this printed object
0 comments

Pierre Mendès France (11 January 1907 – 18 October 1982) was a French politician who served as President of the Council of Ministers for eight months from 1954 to 1955. He was from the Radical Party and was head of government with the support of the Communist party. His main priority was ending the war in Indochina, which had already cost 92,000 dead, 114,000 wounded and 28,000 captured. Public opinion polls showed that in February 1954, only 7% of the French people wanted to continue the fight to keep Indochina out of the hands of the Communists, led by Ho Chi Minh and his Viet Minh movement. At the Geneva Conference of 1954 he made a deal that gave the Viet Minh control of Vietnam north of the seventeenth parallel, and allowed him to pull out all French forces. That left South Vietnam standing alone. However the United States moved in and provided large-scale financial, military and economic support to South Vietnam.

This lifesize bronze sculpture by Pierre Peignot pays hommage to Pierre Mends France and can be found on permanent display at the Jardin du Luxembourg, Paris. 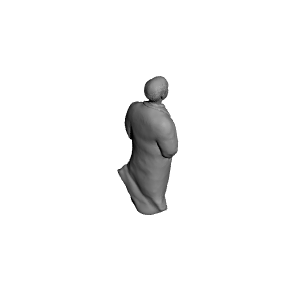 ×
0 collections where you can find Pierre Mendès France at the Jardin du Luxembourg, Paris by Scan The World