3D
Scan The World
2,797 views 140 downloads
1 collection
Community Prints Add your picture
Be the first to share a picture of this printed object
0 comments

The depiction of The Pieta was fashionable theme towards the end of the Middle Ages in the 'doleful' era. The work, inspired by similar pieces from Brabant*, known for its dramatic intensity in formation.

The disproportion of the body is a response to a moral perspective, seen in much European Gothic art of the times. The size of the woman in comparison to the smaller male (as discussed in Michelangelo's Pieta) indicates that the subject depicts Mary and Jesus. 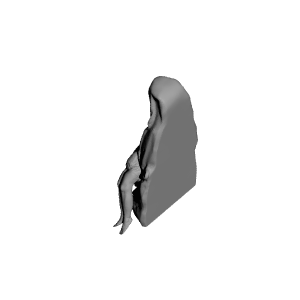 ×
1 collections where you can find Pieta at The Grand Curtius Liege, Belgium by IOxOI