3D
Scan The World
1,605 views 38 downloads
Community Prints Add your picture
Be the first to share a picture of this printed object
0 comments

The Pieta by René Leleu, a well known sculptor from Valenciennes who won the Prix de Rome, is a large granite public sculpture in the French city. The abstract piece resembles and takes its name from Michelangelo's masterpiece La Pieta housed in St Peter's Basilica in The Vatican. The monument pays as a homage to the victims of the Nazis during the 2nd World War. Valenciennes, situated at the North West of France close to the border of Belgium, was heavily hit and occupied by the Nazis where its citizens, many of whom were Jewish and children, were taken from their families to work in Auschwitz. 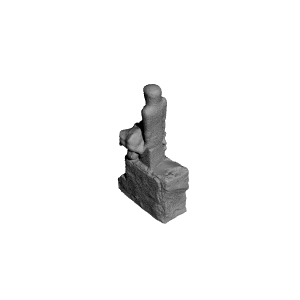 ×
0 collections where you can find Pieta in Valenciennes, France by Scan The World