3D
Scan The World
1,877 views 89 downloads
Community Prints Add your picture
Be the first to share a picture of this printed object
0 comments

"Pietro Giordani (January 1, 1774 – September 2, 1848) was an Italian writer, classical literary scholar, and a close friend of, and influence on, Giacomo Leopardi. Born in Piacenza, Giordani originally set out to become a monk. But after having entered into the Benedictine convent of Saint Sixtus at Piacenza in 1797, he eventually changed his mind and abandoned the clerical vocation in favor of his only real love, literature. He looked with extreme favor upon Napoleon Bonaparte and the Napoleonic regime in Italy and, in 1807, he wrote a Panegyric on the Sacred Majesty of Napoleon. The following year he obtained the post of proto-secretary of the Academy of Fine Arts in Bologna which, however, he had to abandon in 1815: with the beginning of the Restoration he became highly suspect for his liberal, republican ideals. In 1816, he began his legendary epistolary exchange with Giacomo Leopardi to whom he eventually paid a visit in 1818, accompanying him, during his first travels outside of the small village of Recanati, to Macerata. He continued visiting him frequently during the following years. Giordani encouraged and helped foster the intellectual development and the further acquisition of knowledge that led to Leopardi's eventual greatness by exposing him to different cultural environments which included the most important groups of writers and intellectuals of the times. They shared a deep and lasting affection and esteem for each other. So much so, that Leopardi once described Giordani as his "dear and beneficent paternal image."

The inheritance left to him by his father in 1817 assured Giordani's economic independence and, as a consequence, also ensured him a great deal of intellectual independence. He traveled a great deal and settled, at various times, in Piacenza, Bologna and, finally, in Milan, where he became an editor, along with Vincenzo Monti, Giuseppe Acerbi and the geologist Scipione Breislak, of the classicist magazine La Biblioteca Italiana. He felt compelled to leave this position, however, because of an increasing atmosphere of political conflict and antagonism with Giuseppe Acerbi who held firmly Austro-Hungarian sympathies. In Florence, he began subscribing to the liberal magazine Antologia run by Giovanni Pietro Vieusseux. In the year 1825, he managed to get published, in this magazine, a letter to the MarcheseGino Capponi in which he proposed the idea of editing and publishing a collection (Scelta de' Prosatori Italiani) of all the works of the most important writers in Italian history, from Dante to contemporary writers of the time (including Leopardi), in volumes which did not cost more than 24 scudos. Nonetheless, he always maintained a detached and somewhat indifferent attitude toward this magazine because it propounded a vision of a radical renewal of the functions of the intellectual in public life along purely materialistic and commercial lines; the intellectual was to be viewed as a sort of merchant of ideas and an integral, organic part of the process of economic and material rationalization of society and culture along market-lines. Giordani rejected this vision of a market of letters, preferring to stick to his lofty Aristotelean conception of the contemplative and austere poet.

After the suppression of the uprisings of 1821, there followed a period of retrenchment. Intellectuals generally abandoned the prospect of revolution in favor of a more moderate, reformist program, and the center of progressive culture moved away from Milan to Florence, and from the magazine Il Conciliatioreto Antologia. The uprisings of 1831 would find the intellectuals absent altogether and even Giordani, as a consequence, found himself something of an outcast in Italian society. In his final years, he lived in Parma, where he was incarcerated for three months in 1934 and where he died in 1848, ironically enough, precisely during the period of the (provisional) success of the anti-Austrian uprisings." 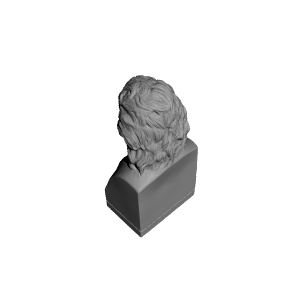 ×
0 collections where you can find Pietro Giordani at The Borghese Gardens, Rome by Scan The World