3D
Scan The World
1,074 views 237 downloads
4 collections
Community Prints Add your picture
Be the first to share a picture of this printed object
0 comments

Pinzgauer bull at the former slaughterhouse in St. Marx, Vienna. The main gate to the slaughterhouse grounds is flanked by two monumental bull figures. On the left side there is a Hungarian Grey, on the right side a Pinzgauer breed in slaughter situation. The stone bulls were created by sculptor Anton Schmidgruber and date from 1883. In 2014 the 7 1/2 metre high monuments made of Hungarian sandstone were restored.

The Pinzgauer breed is considered endangered, and the population decreases about 10% per year. Worldwide there were around 1.3 million. 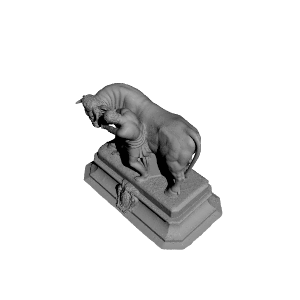 ×
4 collections where you can find Pinzgauer bull by noe-3d