3D
Scan The World
1,077 views 40 downloads
Community Prints Add your picture
Be the first to share a picture of this printed object
0 comments

It has an antechamber and a cella ending in a semicircular alcove with an elevated built threshold. Beneath the temple, an earlier underground crypt was discovered, in the middle of which was an altar. An underground road 10m. long led to the crypt. Its entrance was sealed during antiquity, and was not opened until its re-discovery! As a result, the statues and inscriptions within were found intact. 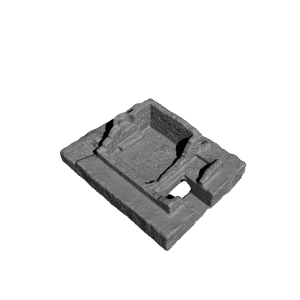 ×
0 collections where you can find Plaster model of the 3rd -c. A.D. temple by Scan The World