Marble figurine of a Woman (Plastiras type) at The British Museum, London

3D
Support Free Scan The World
3,307 views 205 downloads
Community Prints Add your picture
Be the first to share a picture of this printed object
0 comments

Marble figurine of a Woman (Plastiras type) at The British Museum, London

This figurine is said to be from Grave "D" of the  Kapros cementery, Amorgos. The long neck, angular upper body and bulging thighs are characteristic of this type, but the cut-out areas separating the upper arms from the buddy are unusual.

"Cycladic civilization (also known as Cycladic culture or  Cycladic period) is an Early Bronze Age culture of the Cyclades, Greece, in the Aegean Sea, spanning the period from approximately 3200–2000 BC. The significant Late Neolithic and Early Bronze Age Cycladic culture is best known for its schematic flat female idols carved out of the islands' pure white marble centuries before the great Middle Bronze Age ("Minoan") culture arose in Crete, to the south. These figures have been stolen from burials to satisfy the Cycladic antiquities market since the early 20th century. Only about 40% of the 1,400 figurines found are of known origin, since looters destroyed evidence of the rest." 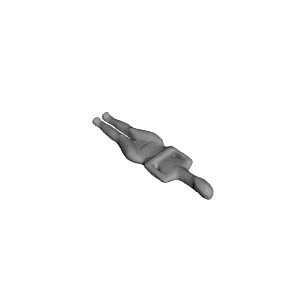 ×
0 collections where you can find Marble figurine of a Woman (Plastiras type) at The British Museum, London by Scan The World