Platform of Eagles and Jaguars

3D
Scan The World
1,869 views 57 downloads
1 collection
Community Prints Add your picture
Be the first to share a picture of this printed object
0 comments

Platform of Eagles and Jaguars

The elaborately carved platform is located on the central plain between the Temple of Venus and the Platform of Skulls. The figures of jaguars and eagles devouring hearts are said to represent the warriors who were responsible for obtaining victims to sacrifice for the gods. The "Eagle Knights" were archers who attacked the enemy before all other soldiers fought hand to hand. The aggressive eagles which sculpted on the walls of the platform are the symbol of these elite group of archers who stood out on the battlefield because they wore clothing of feathers from the bird for which they were named. The "Jaguar Knights" were believed to be the army fiercest members, modelled after those found elsewhere in the Central Mexico. They fought hand to hand, with wooden clubs tipped with obsidian knives. They covered themselves with armour made of jaguar skins and also helmets of jaguar heads. The figures of jaguars represented the soldiers who were often charged with obtaining prisoners for sacrifice to the Gods of the city. 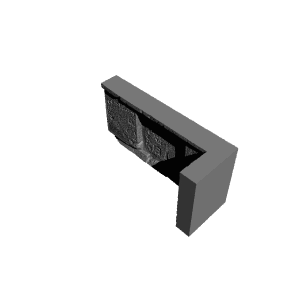