3D
8,623 views 1,295 downloads
5 collections
Community Prints Add your picture
Be the first to share a picture of this printed object
0 comments

Now you can 3D print the famous Pokeball from your favourite game Pokemon.Enjoy!

Tajiri first thought of Pokémon around 1989 or 1990, when the Game Boy was first released. The concept of the Pokémon universe, in both the video games and the general fictional world of Pokémon, stems from the hobby of insect collecting, a popular pastime which Pokémon executive director Satoshi Tajiri enjoyed as a child. Players of the games are designated as Pokémon Trainers, and the two general goals (in most Pokémon games) for such Trainers are: to complete the Pokédex by collecting all of the available Pokémon species found in the fictional region where that game takes place; and to train a team of powerful Pokémon from those they have caught to compete against teams owned by other Trainers, and eventually become the strongest Trainer: the Pokémon Master. These themes of collecting, training, and battling are present in almost every version of the Pokémon franchise, including the video games, the anime and manga series, and the Pokémon Trading Card Game.
Show more Show less
License
Printing Details 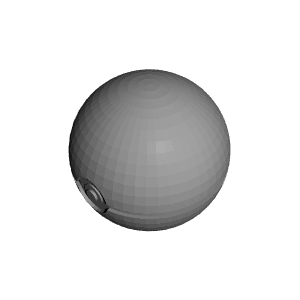 ×
5 collections where you can find Pokeball by TMERIGAUD