3D
Scan The World
1,209 views 145 downloads
2 collections
Community Prints Add your picture
Be the first to share a picture of this printed object
0 comments

These plaster casts were executed by Jean Pouzadoux and adorned the facade of the Cathedral Sainte-Andre in Bordeaux, France.

This particular statue depicts Pope Clement V, most famously remembered for suprresing the order of the Knights Templar and allowing the execution of many of its members. He also instigated the Avignon Papacy, when the head of the Catholic Church was relocated to the French town of Avignon. 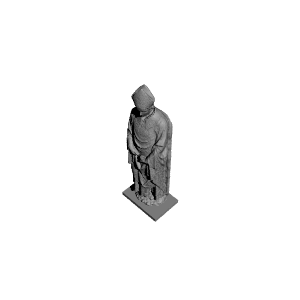