3D
Scan The World
2,447 views 98 downloads
Community Prints Add your picture
Be the first to share a picture of this printed object
0 comments

Pope Gregory XIII (Latin: Gregorius XIII; 7 January 1502 – 10 April 1585), born Ugo Boncompagni, was Pope of the Catholic Church from 13 May 1572 to his death in 1585. He is best known for commissioning and being the namesake for the Gregorian calendar, which remains the internationally accepted civil calendar to this day.

During his pontificate, Gregory fostered cultural patronages associated with his papacy. He strengthened many ecclesiastical and diplomatic envoys to Asia, namely the islands of Japan and the Philippines. He was also the first Pope to bestow theImmaculate Conception as Patroness to the Philippine Islands on 9 February 1579 through the Papal Bull Ilius Fulti Præsido. 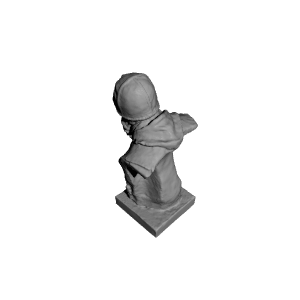 ×
0 collections where you can find Pope Gregory XIII at The State Hermitage Museum, St Petersburg by Scan The World