Portion of a frieze

3D
Scan The World
1,676 views 71 downloads
Community Prints Add your picture
Be the first to share a picture of this printed object
0 comments

Portion of a frieze

This fragment of a floral frieze comes from Ionnes Prodromos Church.

Such monumental pieces only appeared in Christian art after the 4th century - that is after Constantine's Edict of Milan, that made Christianism the official religion of the Roman Empire. Therefore, Christians from all over the Empire could live their faith in broad daylight, which also induced that they could start to build big churches. 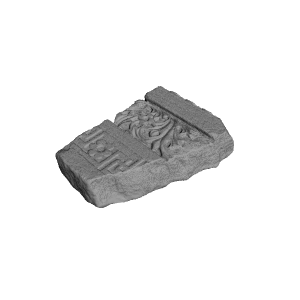