Portrait of a Prince

3D
Scan The World
1,321 views 54 downloads
Community Prints Add your picture
Be the first to share a picture of this printed object
0 comments

Portrait of a Prince

This portrait, depicted according to the fashions of official portraiture, was identified as Brutus, Caesar's murderer, or Agrippa, the youngest son of Julia and Agrippa, dubbed Postomus because he was born after the death of his father. Remaining in the shadow of his brothers until 4 AD the prince was adopted by Augustus to represent the Claudian branch of the family. In 7 AD Postumus was excluded from the AUgustan succession and exiled to Pianosa between 30 and 15 BC. 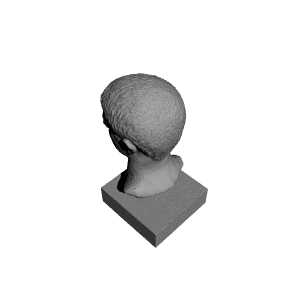