Portrait of a Roman Woman

3D
Scan The World
1,471 views 56 downloads
Community Prints Add your picture
Be the first to share a picture of this printed object
0 comments

Portrait of a Roman Woman

Private portrait sculpture was most closely associated with funerary contexts. Funerary altars and tomb structures were adorned with portrait reliefs of the deceased along with short noting their family or patrons, and portrait busts accompanied cinerary urns that were deposited in the niches of large, communal tombs known as columbaria. This funerary context for portrait sculpture was rooted in the longstanding tradition of the display of wax portrait masks, called imagines, in funeral processions of the upper classes to commemorate their distinguished ancestry. These masks, portraits of noted ancestors who had held public office or been awarded special honors, were proudly housed in the household lararium, or family shrine, along with busts made of bronze, marble, or terracotta. In displaying these portraits so prominently in the public sphere, aristocratic families were able to celebrate their history of public service while honoring their deceased relatives. 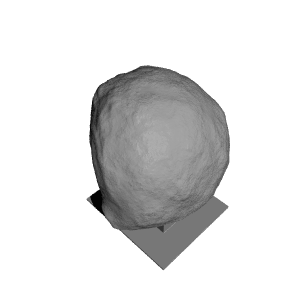