3D
Scan The World
2,881 views 200 downloads
2 collections
Community Prints Add your picture
Be the first to share a picture of this printed object
0 comments

Alexander Vasilyevich Suvorov (24 November 1729 or 1730 – 18 May 1800) was a Russian military leader and national hero. He was the Count of Rymnik, Count of the Holy Roman Empire, Prince of Italy, and the last Generalissimo of the Russian Empire. Suvorov is seen by many as one of the greatest generals in history and is one of the few who never lost a battle, being undefeated in over 60 large battles while frequently having the numerical disadvantage.

Suvorov was born in Moscow in 1729. He studied military history as a young boy and joined the Imperial Russian Army at the age of 17. During the Seven Years' War he was promoted to colonel in 1762 for his success on the battlefield. When war broke out with the Bar Confederation in 1768, Suvorov captured Krakow and defeated the Poles at Lanckorona and Stołowicze, bringing about the start of the Partitions of Poland. He was promoted to general and next fought in the Russo-Turkish War of 1768–1774, winning a decisive victory at the Battle of Kozludzha. Becoming the General of the Infantry in 1786, he commanded in the Russo–Turkish War of 1787–1792 and won crushing victories at the Battle of Rymnik and Siege of Izmail. For his accomplishments, he was made a Count of both the Russian Empire and Holy Roman Empire. Suvorov put down a Polish uprising in 1794, defeating them at the Battle of Maciejowice and storming Warsaw.

While a close associate of Empress Catherine the Great, Suvorov often quarreled with her son and heir apparent Paul. After Catherine died of a stroke in 1796, Paul I was crowned Emperor and dismissed Suvorov for disregarding his orders. However, he was forced to reinstate Suvorov and make him a field marshal at the insistence of the coalition allies for the French Revolutionary Wars. Suvorov was given command of the Austro-Russian army, captured Milan, and drove the French out of Italy at the Battles of Cassano d'Adda, Trebbia, and Novi. Suvorov was made a Prince of Italy for his deeds. Afterwards he became surrounded in the Swiss Alps by the French after a Russian army he was supposed to unite with was routed before he could arrive. Suvorov led the strategic withdrawal of Russian troops while fighting off the four times larger French force and returned to Russia with minimal casualties, for which he became the fourth Generalissimo of Russia. He died in 1800 of illness in Saint Petersburg.

Suvorov is widely regarded as the greatest Russian military leader and one of the greatest commanders in history. He was awarded numerous medals, titles, and honors by Russia, as well as by other countries. Suvorov brought Russia expanded borders, renewed military prestige, and a legacy of theories on warfare. He was famed for his military manual The Science of Victory and noted for several of his sayings. Several military academies, monuments, villages, museums, and orders are dedicated to him. 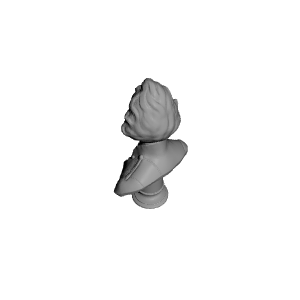