3D
Support Free Scan The World
1,133 views 43 downloads
Community Prints Add your picture
Be the first to share a picture of this printed object
0 comments

She has directed plays for children and young people, creating radio plays. Posted by memories of the theater prepared release Cyprus Petrauskas memories. 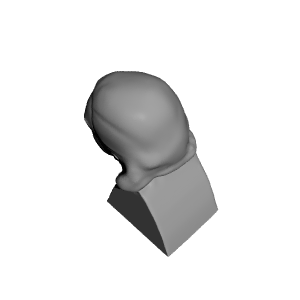 ×
0 collections where you can find Portrait of E.Zalinkevicaite-Petrauskiene by Scan The World