3D
Scan The World
1,495 views 58 downloads
Community Prints Add your picture
Be the first to share a picture of this printed object
0 comments

Nicholas I (Nikolai I Pavlovich; 6 July [O.S. 25 June] 1796 – 2 March [O.S. 18 February] 1855) was the Emperor of Russia from 1825 until 1855. He was also the King of Poland and Grand Duke of Finland. He is best known as a political conservative whose reign was marked by geographical expansion, repression of dissent, economic stagnation, poor administrative policies, a corrupt bureaucracy, and frequent wars that culminated in Russia's disastrous defeat in the Crimean War of 1853–56. His biographer Nicholas V. Riasanovsky says that Nicholas displayed determination, singleness of purpose, and an iron will, along with a powerful sense of duty and a dedication to very hard work. He saw himself as a soldier—a junior officer totally consumed by spit and polish. A handsome man, he was highly nervous and aggressive. Trained as an engineer, he was a stickler for minute detail 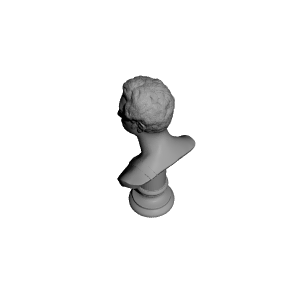