3D
Scan The World
2,897 views 118 downloads
Community Prints Add your picture
Be the first to share a picture of this printed object
0 comments

Matthias Corvinus, also called Matthias I  (23 February 1443 – 6 April 1490), was King of Hungary and Croatia from 1458 to 1490. After conducting several military campaigns, he was elected King of Bohemia in 1469 and adopted the title Duke of Austria in 1487. He was the son of John Hunyadi, Regent of Hungary, who died in 1456. In 1457, Matthias was imprisoned along with his older brother, Ladislaus Hunyadi, on the orders of King Ladislaus V of Hungary. Ladislaus Hunyadi was executed, causing a rebellion that forced King Ladislaus to flee Hungary. After the King died unexpectedly, Matthias's uncle Michael Szilágyi persuaded the Estates to unanimously proclaim Matthias king on 24 January 1458. He began his rule under his uncle's guardianship, but he took effective control of government within two weeks.

As king, Matthias waged wars against the Czech mercenaries who dominated Upper Hungary (today parts of Slovakia and Northern Hungary) and against Frederick III, Holy Roman Emperor, who claimed Hungary for himself. In this period, the Ottoman Empire conquered Serbia and Bosnia, terminating the zone of buffer states along the southern frontiers of the Kingdom of Hungary. Matthias signed a peace treaty with Frederick III in 1463, acknowledging the Emperor's right to style himself King of Hungary. The Emperor returned the Holy Crown of Hungary with which Matthias was crowned on 29 April 1464. In this year, Matthias invaded the territories that had recently been occupied by the Ottomans and seized fortresses in Bosnia. He soon realized he could expect no substantial aid from the Christian powers and gave up his anti-Ottoman policy. 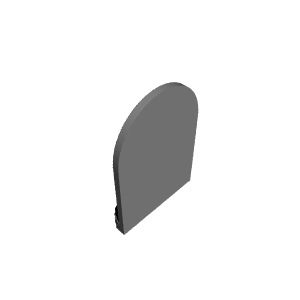