3D
Scan The World
1,548 views 59 downloads
Community Prints Add your picture
Be the first to share a picture of this printed object
0 comments

After studying in Moscow University, he joined the emperor's retinue in 1811. When retreating toward Moscow after the Battle of Borodino, he was taken prisoner by the French, and remained in captivity until the fall of Paris in 1814.

He was seriously wounded in the 1828 war with Turkey.

In 1833 Perovsky was appointed the military governor of Orenburg. In 1839, he led an invasion of the Khanate of Khiva, in part to free Russian slaves captured and sold by Turkmen raiders from the Russian frontiers on the Caspian Sea, but also as an attempt to extend the Russian borders while the British Empire was entangled in the First Anglo-Afghan War. Perovsky's expeditionary force consisted of 5,200 infantry and 10,000 camels. Due to poor planning and a bit of bad luck, they set off, in November 1839, into one of the worst winters in memory, and were forced to turn back in February 1840. The expeditionary force arrived back into Orenburg in May, having suffered over 1,000 casualties, mostly from cold and disease. See Khivan campaign of 1839.

Perovsky's Aral Flotilla in the 1850s. One of the steamers was named after Perovsky himself.[1]

In 1842, Perovsky left the Orenburg governor's position, but was brought back to that office in 1851. This time, his campaigning in the central Asia (today's central Kazakhstan) against the Khanates of Khiva and Kokand was much more successful. After the successful taking of the Kokand fortress of Ak-Mechet by his troops in 1853, the fort was renamed Fort-Perovsky after him. His military successes forced the Khanate of Khiva to sign the 1854 treaty with the Russia Empire beneficial for the latter.

For his achievements, he was made a count in 1855. 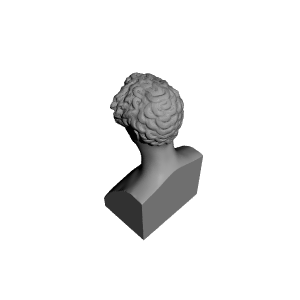