3D
Scan The World
2,837 views 213 downloads
1 collection
Community Prints Add your picture
Be the first to share a picture of this printed object
0 comments

This seated figure shows Agrippina the Younger, who was a Roman empress and one of the more prominent women in the Julio-Claudian dynasty. Both ancient and modern sources describe Agrippina's personality as ruthless, ambitious, violent, and domineering. Physically she was a beautiful and reputable woman, but many ancient historians accuse Agrippina of poisoning her husband Claudius, though accounts vary. In AD 59 Agrippina was executed on the orders of her son, the emperor Nero. The statue originally comes from Naples. 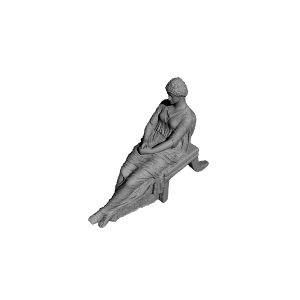