Portrait with panther skin over shoulder

Portrait with panther skin over shoulder

This peculiar bust has baffled historians since its discovery. It is believed to be dated between the times of Nero and Trajan.

The bust appears to be composed of two unrelated pieces, including a female face and hair, and a male bust. The panther skin assumes a deity or elevated member of society. There is speculation that the work is menat to depict Lusius Quietus, Trajan's Mauritanian army commander, though this has never been confirmed. 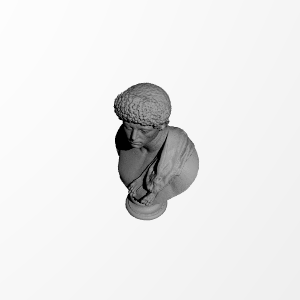