3D
Scan The World
1,747 views 37 downloads
Community Prints Add your picture
Be the first to share a picture of this printed object
0 comments

Pupienus was a distinguished soldier, who at the advanced age of 74 was chosen by the Senate with Balbinus to resist the barbarian Maximinus. It was arranged that Pupienus should take the field against Maximinus, while Balbinus remained at Rome to maintain order, a task in which he signally failed. A revolt of the praetorians was not repressed until much blood had been shed and a considerable part of the city reduced to ashes. On his march, Pupienus, having received the news that Maximinus had been assassinated by his own troops, returned in triumph to Rome. Shortly afterward, when both emperors were on the point of leaving the city on an expedition—Pupienus against the Persians and Balbinus against the Goths—the praetorians, who had always resented the appointment of the senatorial emperors and cherished the memory of the soldier-emperor Maximinus, seized the opportunity of revenge. When most of the people were at the Capitoline games, they forced their way into the palace, dragged Balbinus and Pupienus through the streets, and put them to death.

This portrait is the property of a private collection in Northern Germany. 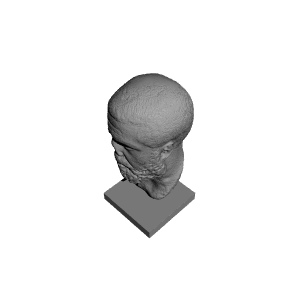