3D
Scan The World
2,025 views 50 downloads
Community Prints Add your picture
Be the first to share a picture of this printed object
0 comments

Péter Pázmány, S.J. (4 October 1570 – 19 March 1637), was a Hungarian Jesuit who was a noted philosopher, theologian, cardinal, pulpit oratorand statesman. He was an important figure in the Counter-Reformation in Royal Hungary.

Pázmány's most important legacy was his creation of the Hungarian literary language. As an orator he was dubbed "the Hungarian Cicero in the purple". In 1867, a street in Vienna, the Pazmanitengasse, was named after him.

Easy print with any supports. 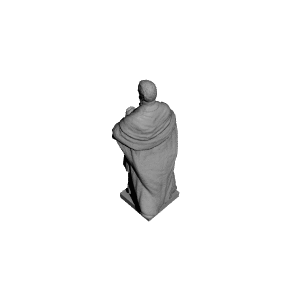 ×
0 collections where you can find Pázmány Péter in Szeged, Hungary by Scan The World