Qi State round coin at The British Museum, London

3D
Scan The World
2,565 views 155 downloads
3 collections
Community Prints Add your picture
Be the first to share a picture of this printed object
0 comments

Qi State round coin at The British Museum, London

During the Warring States period, some states issued round coins with a round or square hole in the middle. The inscriptions usually indicate a weight or value. This Wei State coin has the value in 'huo'.

Qi was founded around in 1046 BC as one of the many vassal states of the Zhou Dynasty. The first ruler of Qi was Jiang Ziya, the most powerful official during that time. The Jiang family ruled Qi for several centuries before it was replaced by the Tian family in 386 BC. In 221 BC, Qi was the last major state of pre-Imperial China to be conquered by the State of Qin, which became the Qin Dynasty, the first centralized empire of China.

Turn on to its side and use supports on the bottom. Hole in the middle should have no problem bridging. 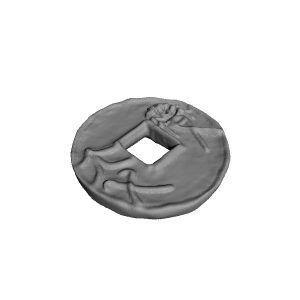 ×
3 collections where you can find Qi State round coin at The British Museum, London by Scan The World