3D
Scan The World
1,726 views 109 downloads
Community Prints Add your picture
Be the first to share a picture of this printed object
0 comments

Helen of Greece and Denmark (1896–1982), was a queen mother of Romania during the reign of her son King Michael (1940–1947). She was noted for her humanitarian efforts to save Romanian Jews during World War II, which led to her being awarded with the honorary title of Righteous Among the Nations in 1993. 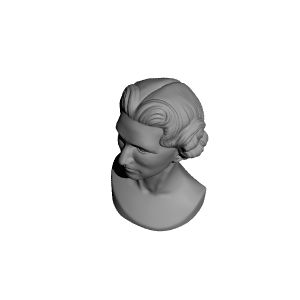