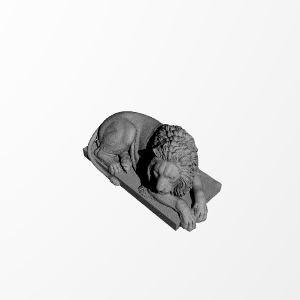 Printed On JGAurora A5S with 0.1 Using IdeaMaker Slicer. Will be Painted Later On.

Creality LD002R resin print. Painted matte white and then I added black water color in various concentrations to get the right look. Took an hour, but it was fun.

Really nice model! We decided to give it some color!

It came out perfect

Printed on Photon Mono X. Great model so much detailing.

Printed on Prusa i3 MK3 with silver PLA Prusament at 0.1mm resolution, scaled down to 45 mm height (down from 66 mm, so 68% of the original size). Supports: everywhere (they were easy to clean up with an x-acto knife). I think it turned out great! The detail in some places is really impressive, like the rear left paw which clearly shows the outline of its paw pads, or the whiskers that are well-defined.