3D
Scan The World
1,842 views 43 downloads
Community Prints Add your picture
Be the first to share a picture of this printed object
0 comments

Fragmented relief depicting an apostole, originating from the 6th century and discovered in the Sarachane excavations.

Saraçhane means Saddlers’ Building or, in this case, Saddlers’ Market. Established on the pavement of a
vast Byzantine cistern, the Saddlers’ Market was one of the notable sights of early Ottoman Istanbul. It
disappeared long ago, but left its name to a quarter of Istanbul not far from the Conqueror's mosque, Fatih Camii.

A rescue excavation was called for. A collaboration was arranged between the Istanbul Archaeological
Museum (represented by Nezih Fıratlı) and Dumbarton Oaks, Centre for Byzantine Studies of Harvard
University, which provided both the finance and the field director in the person of Martin Harrison,
then a Professor at the University of Newcastle upon Tyne. The excavation of the church of St. Polyeuktos
lasted six seasons (1964-69) and, though conducted under some pressure, adhered strictly to the stratigraphic
method, the first major excavation in Istanbul to have been carried out according to modern
practice.

Excavations at Sarachane in Istanbul, Vol 1 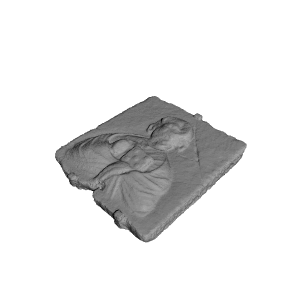