3D
Scan The World
2,409 views 195 downloads
Community Prints Add your picture
Be the first to share a picture of this printed object
0 comments

This relief was a part of the tabernacle at Orsanmichele in Florence portraying the annunciation. The Annunciation is the Christian celebration of the announcement by the angel Gabriel to the Virgin Mary that she would conceive and become the mother of Jesus, the Son of God, marking his Incarnation. Gabriel told Mary to name her son Yehoshua, meaning "YHWH is salvation". The tabernacle is an unprecedented architectonic structure in Florence, although it does have affinities with a series of monuments that stretch back to the late dugento. Its bas-reliefs exhibit new solutions to the problem of narrative sculpture while at the same time manifesting a debt to art before 1348. Finally, its imagery is fully positive rather than harsh and judgemental. The context of the tabernacle helps to explain much of this. First, the tabernacle was built to house a thaumaturgic image of the Virgin that had been the goal of pilgrims fromt he late dugento on. Second, the patrons of the tabernacle were members of a confraternity whose origins also reached far back in time to 1291. Their practices already established in 1294, seem to be reflected in some of the imagery. This was the only confraternity in the city not associated with a church, and this fact too may have affected the appearance of the monument. 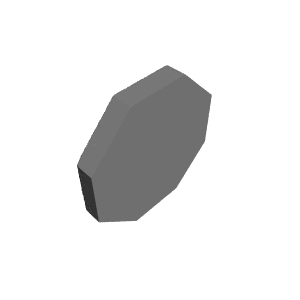 ×
0 collections where you can find Relief: Detail of Orsanmichele Tabernacle by Scan The World