Relief installed in a funerary monument

3D
Scan The World
1,231 views 44 downloads
Community Prints Add your picture
Be the first to share a picture of this printed object
0 comments

Relief installed in a funerary monument

The relief depicts the members of the family that constructed the monument.

According to the inscriptions this is a family of freedmen. Their former master may have been one of the Roman merchants living in the city. Also depicted are their slaves. The differentiation of their social status can be seen in the difference in size as well as in the relief's depth (very high in one case, low in the other). 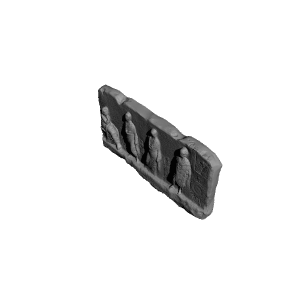