3D
Scan The World
2,811 views 92 downloads
Community Prints Add your picture
Be the first to share a picture of this printed object
0 comments

Marble relief of a Murmillo gladiator so-named because its broad brimmed and high crested helmet resembled a variet of saltwater fish.

The murmillo (also sometimes spelled mirmillo or myrmillo, pl. murmillones) was a type of gladiator during the Roman Imperial age. The murmillo-class gladiator was adopted in the early Imperial period to replace the earlier Gallus, named after the warriors of Gaul. As the Gauls inhabiting Italy had become well-integrated with the Romans by the time of the reign of Augustus, it became undesirable to portray them as enemy outsiders; the Gallus-class gladiator thus had to be retired. 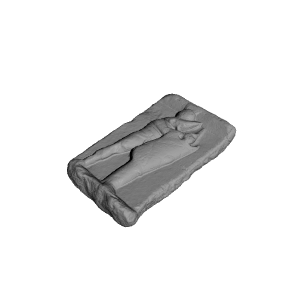