Relief of a Sphinx

3D
Support Free Scan The World
1,965 views 47 downloads
Community Prints Add your picture
Be the first to share a picture of this printed object
0 comments

Relief of a Sphinx

This relief was one of a pair flanking a temple doorway. The sphinx on it rests on a plinth, suggesting that it represents a statue. A pair of such reliefs flanking the doorway of a small temple would have evoked the grand avenues of sphinxes that traditionally led up to the entrance pylons of larger Egyptian sanctuaries. Here the sphinx is equipped with human arms and hands to enable him to make offerings to his god, the sun disk, Aten, who appears at the upper left. Akhenaten’s religious revolution was accompanied by a change in the way pharaoh was depicted, showing a marked departure from the idealized images favored by his predecessors. Even though the king’s face has been sadly hacked away, one can still discern his characteristic slanted eyes, long nose,hollow cheeks, drooping lower lip, and pendulous chin. 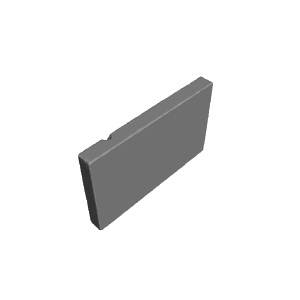