Relief of a Sphinx and lion

3D
Featured Scan The World
2,523 views 100 downloads
Community Prints Add your picture
Be the first to share a picture of this printed object
2 comments

Relief of a Sphinx and lion

This architectural fragment from Ain-Dara was discovered shortly after the finding of a colossal basalt lion, leading to the full uncovering of the Ain-Dara temple.

The fragment depicts a sphinx and a lion and was used to decorate the temple portico flanking the three steps (out of four) made in basalt - seen the the left of the model.

In late January 2018, the temple was significantly damaged by Turkish Air Force jets in the course of their Afrin offensive. Reports indicate that at least 60% of the structure was reduced to rubble. 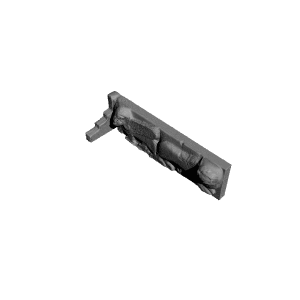