3D
Scan The World
3,864 views 207 downloads
2 collections
Community Prints Add your picture
Be the first to share a picture of this printed object
0 comments

*A textured version of this model is available for colour printing and VR/AR, please get in touch to obain this file*

The Ishtar Gate (Arabic: بوابة عشتار‎‎, Persian: دروازه ایشتار‎‎) was the eighth gate to the inner city of Babylon. It was constructed in about 575 BCE by order of King Nebuchadnezzar II on the north side of the city. It was excavated in the early 20th century and a reconstruction using original bricks is now shown in the Pergamon Museum, Berlin.

Parts of the gate and lions from the Processional Way are in various other museums around the world. Only four museums acquired dragons, while lions went to several museums. The Istanbul Archaeology Museum has lions, dragons, and bulls. Ny Carlsberg Glyptotek in Copenhagen, Denmark, has one lion, one dragon and one bull. The Detroit Institute of Arts houses a dragon. The Röhsska Museum in Gothenburg, Sweden, has one dragon and one lion; the Louvre, the State Museum of Egyptian Art in Munich, the Kunsthistorisches Museum in Vienna, the Royal Ontario Museum in Toronto, the Metropolitan Museum of Art in New York, the Oriental Institute in Chicago, the Rhode Island School of Design Museum, the Museum of Fine Arts in Boston, and the Yale University Art Gallery in New Haven, Connecticut, each have lions. One of the processional lions was recently loaned by Berlin's Vorderasiatisches Museum to the British Museum.

A smaller reproduction of the gate was built in Iraq under Saddam Hussein as the entrance to a museum that has not been completed. Damage to this reproduction has occurred since the Iraq war. 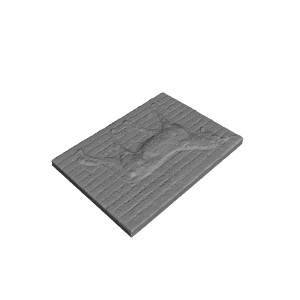