3D
Scan The World
2,300 views 107 downloads
2 collections
Community Prints Add your picture
Be the first to share a picture of this printed object
0 comments

The marble relief depicts Hercules attacking the Cretan Bull, to which he was sent to kill as his seventh labour.

Heracles was sent to capture the bull by Eurystheus as his seventh task. He sailed to Crete, whereupon Minos gave Heracles permission to take the bull away as it had been wreaking havoc on Crete by uprooting crops and leveling orchard walls. Heracles captured the bull, and then shipped it to Eurystheus in Tiryns. The bull later broke loose and wandered into Marathon, becoming known as the "Marathonian Bull". Eurystheus then sent Heracles to bring back the man-eating Mares of Diomedes (the next task). 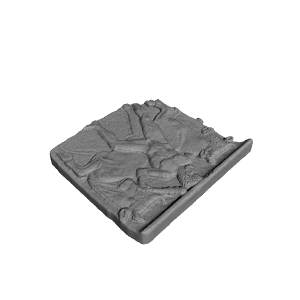