Relief of Hispania (?) from the Hadrianeum

3D
Scan The World
2,759 views 165 downloads
Community Prints Add your picture
Be the first to share a picture of this printed object
0 comments

Relief of Hispania (?) from the Hadrianeum

Just a short walk from the Pantheon, in Piazza di Pietra, are the majestic remains of the Temple of the deified Hadrian (Hadrianeum) built by Antoninus Pius, Hadrian’s adopted son and successor. Of the original temple, only eleven columns with capitals and the cella wall are still visible today.

Nineteen panels survive from what was potentially a much larger series from the Hadrianeum. They were carved in relief with personifications of provinces altered with depictions of captured arms and armour. The reliefs were found without any inscriptions but each figure was wearing and carrying distinctive costumes and attributes. Scholars have attempted to name the provinces they were meant to represent, but unfortunately they have not all been successfully identified.

The panels are on display in five different collections in Rome and Naples. Seven provinces and three reliefs with trophies are prominently displayed in the courtyard of the Palazzo dei Conservatori in Rome (Capitoline Museums).

This represention is heavily considered to be of the Roman province of Hispania. 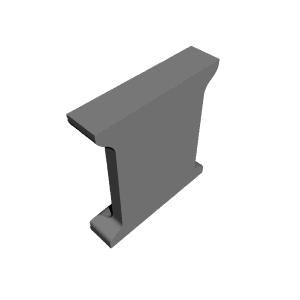 ×
0 collections where you can find Relief of Hispania (?) from the Hadrianeum by Scan The World