When complete this scene showed Osorkon offering a clepsydra (water clock) to the snake goddess Wadjyt. He wears the double crown of Upper and Lower Egypt. Osorkon's wife, Queen Karoma, stands by his side. She wears a plumed crown with sun-disc and holds a flywhisk and ankh, the hieroglyphic symbol of life. Her portly figure reflects the female ideal of the time.

The block omes from a monumental gateway in Bubastis. Its relief depicted Osorkon's sed jubilee, at which a king's god-given powers were ritually renewed. The arrangement of the scenes mirrored Egypt's dual territory, which was formally reclaimed by the rejuvinated ruler.

Red granite temple-relief, from a gateway in the temple at Bubastis, showing relief representations of Osorkon II and Karomama, his wife, standing in adoration before an unidentified deity, with cartouches above; some traces of colour survive. 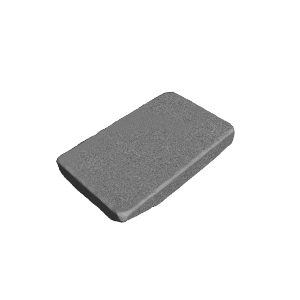 ×
8 collections where you can find Relief of King Osorkon and his wife by Scan The World
×
Maria zur Nedden
@Rhaenya
2
Posted at: 27th May 2022
Loading comments...