3D
Scan The World
3,357 views 274 downloads
Community Prints Add your picture
Be the first to share a picture of this printed object
0 comments

This high relief of Jesus Christ being flogged is part of the the Saint Isaac's cathedral's bronze door. It is covered in reliefs by Ivan Vitali, patterned after the celebrated doors of the Battistero di San Giovanni in Florence, designed by Lorenzo Ghiberti. The iconostasis is framed by eight columns of semiprecious stone: six of malachite and two smaller ones of lazurite. The four pediments are also richly sculpted. 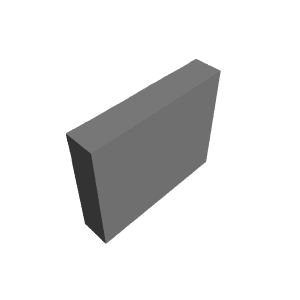 ×
0 collections where you can find Relief: Section of Saint Isaac's Cathedral Door by Scan The World