Relief slab from a palace

3D
Scan The World
1,646 views 45 downloads
Community Prints Add your picture
Be the first to share a picture of this printed object
0 comments

Relief slab from a palace

Ashur-nasir-pal II was king of Assyria from 883 to 859 BC. He succeeded his father, Tukulti-Ninurta II, in 883 BC. During his reign he embarked on a vast program of expansion, first conquering the peoples to the north in Asia Minor as far as Nairi and exacting tribute from Phrygia, then invading Aram (modern Syria) conquering the Aramaeans and neo Hittites between the Khabur and the Euphrates Rivers.

The palaces, temples and other buildings raised by him bear witness to a considerable development of wealth and art. He was renowned for his brutality, using enslaved captives to build a new Assyrian capital at Kalhu (Nimrud) in Mesopotamia where he built many impressive monuments. He was also a shrewd administrator, who realized that he could gain greater control over his empire by installing Assyrian governors, rather than depending on local client rulers paying tribute. 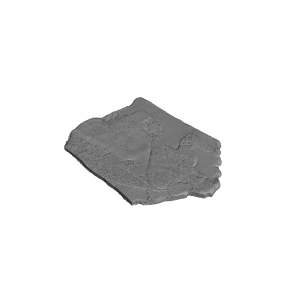