3D
Scan The World
1,353 views 26 downloads
1 collection
Community Prints Add your picture
Be the first to share a picture of this printed object
0 comments

The so-called "ten-year" portrayal of Trajan is a type of portrait of the emperor, probably produced on the occasion of the decade of power take-up ( 108 ), fully comparable with the monetary cones produced from 108 to 111.

The work, reproduced in countless official copies destined for various provinces, and widely disseminated in Rome, has the best examples of the bust of the Vatican Museums. 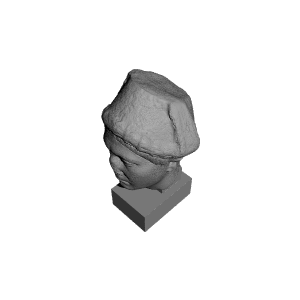 ×
1 collections where you can find Ritratto di Traiano (?) by Scan The World